Are You a Real Wizard?

Although, wizards are considered magical creators of fantasy, if you know Elizabeth, she had to find out for herself if wizards are truly real.    At five years old, she is not only super duper awesome but she is also super duper curious!  So, how does one find out an answer to such a question?  Well, you ask a so-called wizard, right?  And it just so happens, EBB has a little connection with getting in touch with a so-called Disney Wizard.  EBB received a very magical phone call that she has REALLY been looking forward to for a long time!  WOW!  We knew it was coming we just didn’t know when.  It could not have come at a better time.  Elizabeth has been such a champ with all her chemotherapy this week.  When I say champ, I mean it!  She has had A LOT of medicine this week that has come in the form of sleepy medicine, spinal injections, lots a pokies in her port with chemo twice in the last 5 days, pill chemotherapy daily, in addition to all the other meds she is on for her inflamed stomach lining and her two mouth care rinses, three times a day.  There are even more meds on the weekends.  One thing about Elizabeth is that I never have to ask her twice to take her medicine, she doesn’t fuss, she doesn’t complain but those shots are really awful and really hurt her.  The tears flow, and I feel terrible giving them to her.  But the pain I experience in my heart having to give her those shots doesn’t compare to what she must live and experience each and every single day with this stupid cancer.  She deserves all the magic in the world because she should not have to be kicking cancer in the buttcrack at five years old.  No child should!  Today was OH! OH! OH! It’s magic, Ya know.  Daddy came home for lunch, with a sparklicious surprise!  The phone rang and there on the other end was, a true television wizard, David Henrie!!  Yep, that’s right, David Henrie, which many of you know as Justin from Disney’s, Wizards of Waverly Place called up Elizabeth today!!!  DH is down with EBB!  EBB was so ExCiTeD!!!  She loves that show!  She watches it all of the time with her brother and sister.  David was so sweet and they spoke for quite some time.

After saying hello and introductions, EBB got down to business and asked him her first and most important question…

”Are you a real wizard?”  She also wanted to know if he was going to the Nickelodeon Kids Choice awards and if he thought he would get slimed.  He asked her a couple of questions as well like if she had a favorite character on the show?  He also asked if she liked Justin Bieber?  It completely made her day in the biggest way!  So he did tell her that he is not a wizard in real life, just on the show, but David Henrie if you read this, I want you to know that you added super duper magic to a little girls life today that caused a super duper sparklicious smile bigger than I’ve ever seen.  You helped her forget about cancer and taking medicines and shots, today.   The fact that you took time out of your busy day to make this phone call to our beautiful daughter means the world to her and to us.  It tells us how beautiful of a person you truly are.  As you know, childhood cancer does not discriminate towards any family.  It turns lives upside down.  My husband and I really appreciate your beautiful heart.  What you did for Elizabeth today was magicial and for that we believe, you, David Henrie, are definitely a true magical wizard!  Thank you from deep within our hearts for calling today and thank you Linda Henrie for making it happen.  It means more than you know.

You down with EBB?

Yeah, you know me!

Who’s down with EBB 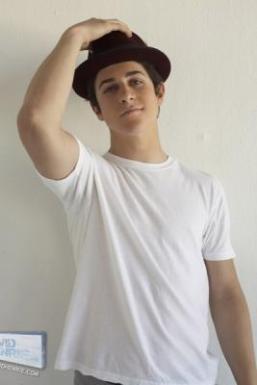